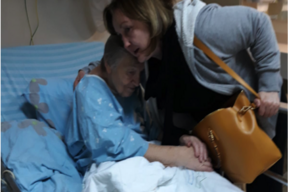 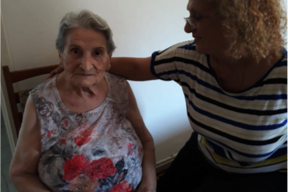 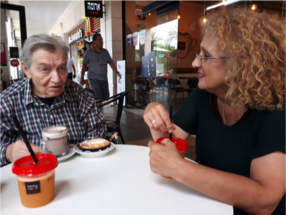 Work among Holocaust Survivors
We continue our work among this group that best represents the widowhood of Israel.

Inna's condition deteriorated, and by mid April she was hospitalized. It became clear she could not return to her apartment and live by herself - as this would literally would have meant a death sentence. The hospital was ready to discharge her after a few days, but with no solution for her living arrangement in sight, and with the social work for the city out for Passover, we were very concerned.

We visited her often throughout her stay at the hospital, offering companion, food (some special Passover dishes she was thrilled to receive), and conversations. We tried to share as much as she would allow about God and His love for her, but she was not very receptive. Inna is estranged from her daughter (but is in touch with her grandkids), and that is one of her greatest hurts and regrets.
​

Eventually, Inna was released from the hospital by mid May and was moved to an assisted living facility.  To our delight we realized that she seems to be thriving there. She enjoys the freedom to move around, as in her previous apartment, she felt like a prisoner, not being able to leave the place due to her physical state.

Now she is able to be wheeled out to the park and get to spend time with friends and family. We took her out for a nearby coffeeshop, and she was so delighted to see life around, and to enjoy hot chocolate, a rich cake and her recovery.